Teeveed is a natural language interface for the media center. I built it as my winter break project in 2013. 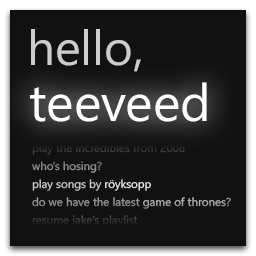 You talk to it with your smartphone's web browser. You say "Okay TV, play Game of Thrones episode 3," and teeveed will open that media in VLC on your media center computer.

Teeveed is made up of three components: 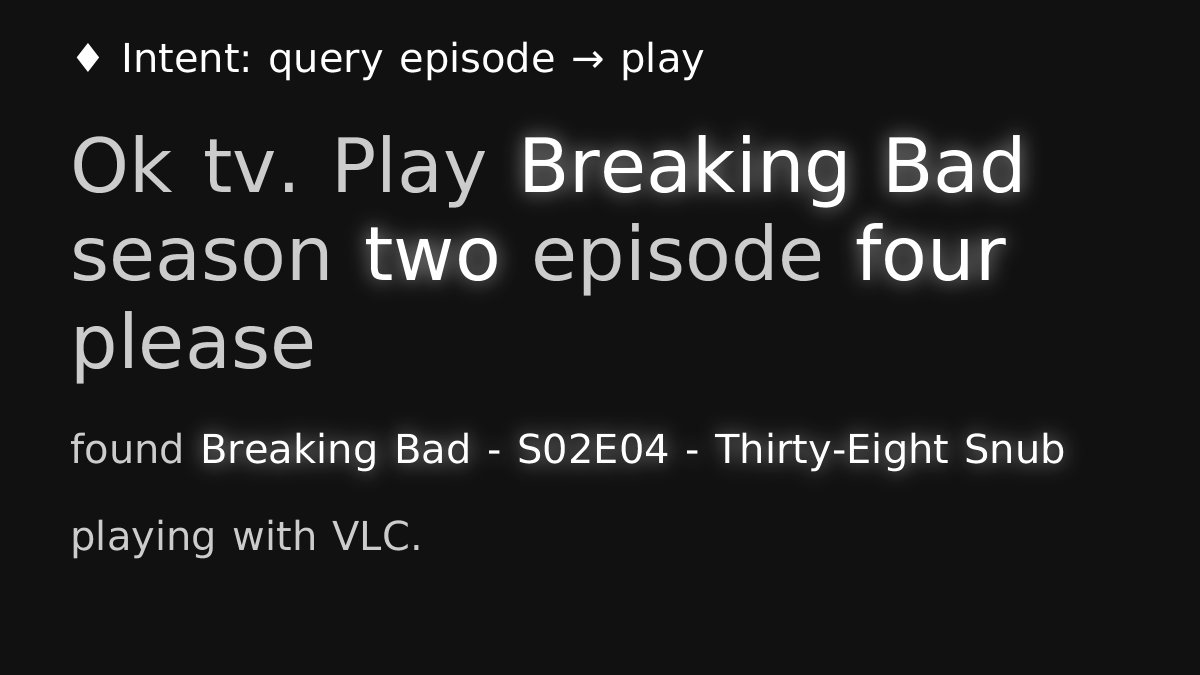 The intents you see here are parsed from the user's plain-text input by Wit.ai, then handled by the coordinator daemon.

Development has ceased. I quit working on this early in the Spring 2014 semester as my classes became more demanding.

I'm very happy with the progress I made on teeveed in the limited time I gave it. I learned a ton.

You can find the code at github.com/justjake/teeveed. I still find the development notes interesting.